The black vine weevil is a common pest of more than 100 plant species such as yew, rhododendron, cherry laurel, and privet, as well as strawberries and roses. The main damage is caused by its larvae.

A black vine weevil cannot fly, but can run very far. This makes eradication virtually impossible. It can only be reduced to a tolerable level. Its spread often occurs through infected plant material. However, a single beetle can establish an entire new population.

The black vine weevil lives one to three years and lays up to 1,000 eggs during this time. Development from egg through several larval stages and pupa to adult beetle takes 1 year. There are only females, and reproduction occurs by depositing unfertilized eggs in the soil or directly on the root collar of the plant. The hatching larvae then feed on the roots of the plants. Both beetles and larvae can overwinter, with the larvae having a better chance of survival.

Dozens of black vine weevil larvae per plant often cause considerable feeding damage underground to the roots, which are fine at first but become firmer later in the year. They thus deprive the plant of water and nutrient supply. Without effective countermeasures, total plant failure is often the inevitable consequence. Infested plants wilt and die.

The beetles feed on the leaf edges of plants. The leaf edges are frayed in a cove-like manner due to the beetle's feeding. Ornamental plants (e.g., rhododendron, yew, lilac, azalea, cotoneaster, ivy, privet, cherry laurel, roses) as well as strawberries, vines, and other soft fruits are damaged. Young plants are particularly at risk.

The nematode species Heterorhabditis bacteriophora and Heterorhabditis downesi specialize, among other things, on black vine weevil larvae and can use them for their own feeding and reproduction. The nematodes are supplied alive in a powder. For application, they should be mixed with water exactly according to package directions and applied to the affected areas. The beetle can be caught and killed with a trap prepared with nematode gel.

In spring, overwintering larvae, pupae and juvenile beetles can be controlled with nematodes; in fall, freshly hatched larvae can be controlled. The beetle itself can be caught with the trap from May to September.

nematop® contains nematodes of the species Heterorhabditis bacteriophora for biological control of black vine weevil larvae and pupae. The ideal time of application for nematop® is when the soil temperature is above 12°C for at least 4 hours a day.

If soil temperatures are still below 12°C, our product nemamax® can be used. nemamax® contains nematodes of the species Heterohabditis downesi and can be applied at soil temperatures as low as 8°C. This means that the season for controlling the chiggers is extended. This extends the season for control of black vine weevils and its larvae, and more damage can be prevented. 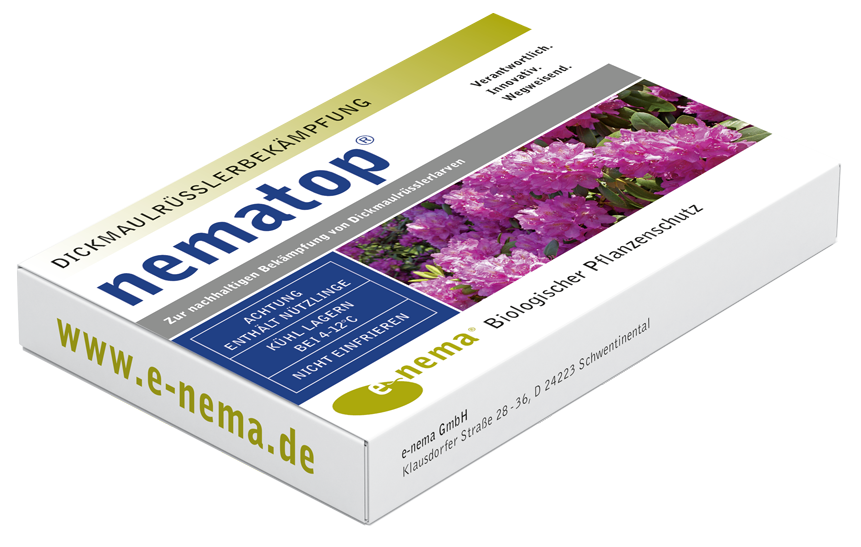 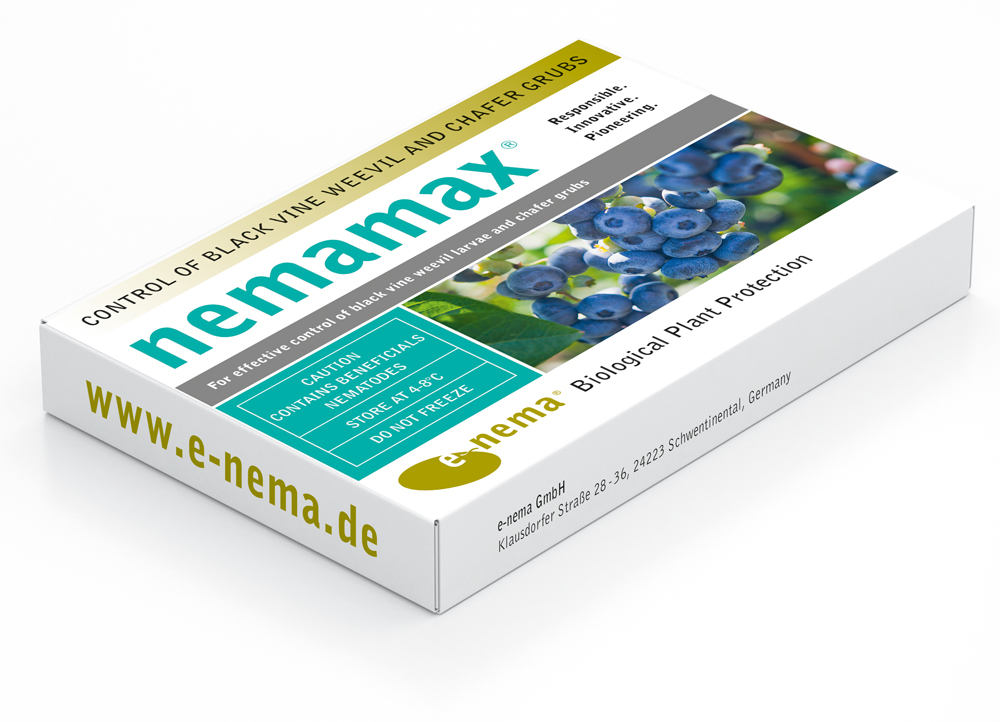 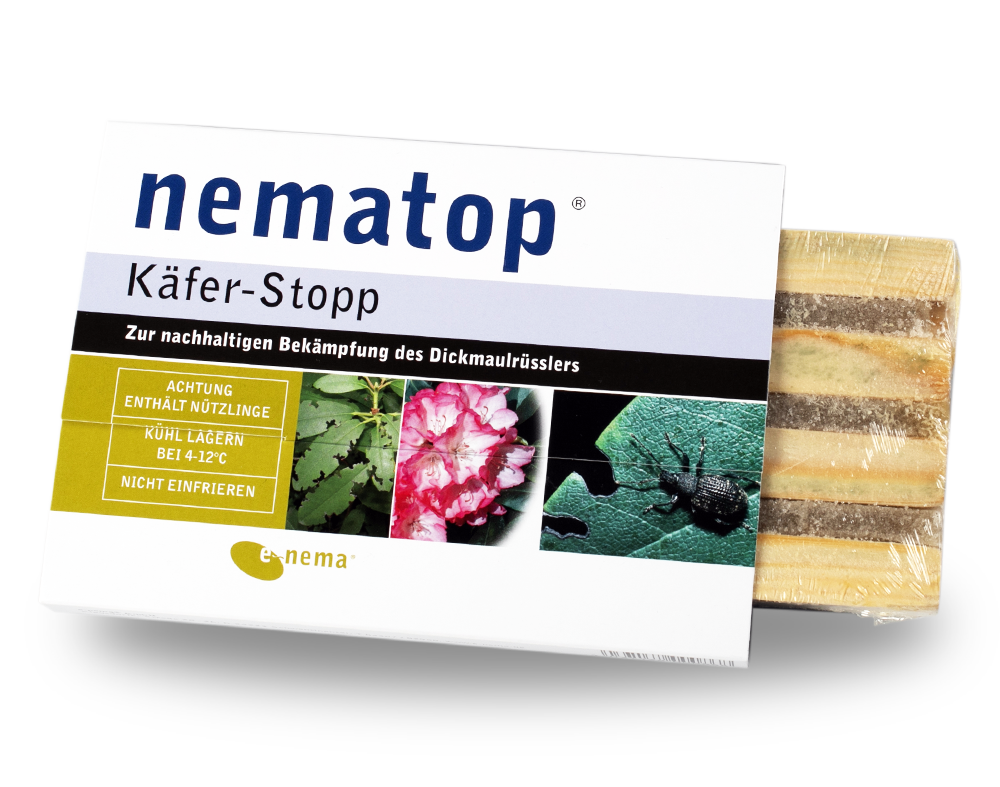