The garden chafer (lat. Phyllopertha horticola) belongs to the leaf beetle family (lat. Scarabaeidae), whose best-known representative is the cockchafer. Their larvae are called grubs and are common lawn pests.

The reddish-brown garden leaf beetle grows to about 1 cm in size and bears a shiny metallic green neck shield. It is diurnal and swarms over the lawn in masses from mid-May to mid-June. Ideal flying weather for the garden chafer is sunny mornings; it disappears when there is a cloud in the sky.

Its grubs grow up to 2 cm in size, are white have a brown head. They often lie in a characteristic "C" position in the soil and remain there for about a year. The grubs cause the main damage by feeding on the grass roots. They often occur in groups in various locations just below the turf. Beginning in August, birds, badgers, and other animals forage on the grubs, causing more damage than the grubs themselves.

Life cycle of the garden chafer

In May/June, the female garden chafer appears, is mated, and immediately lays up to 50 eggs at the site where it hatched itself. After laying about 70% of the eggs there, it feeds on trees and shrubs for a few days and then lays the rest of the eggs up to 4 km away. After 3-4 weeks, the young larvae hatch. They then go through three larval stages, with the third larval stage migrating deeper into the soil from October onwards, where it overwinters. In the spring (March/April), the garden leaf beetle larvae pupate and the game begins again.

The main damage is caused by the grubs, as well as birds and other animals that forage for the grubs. The grubs feed on the roots, cutting off the water supply to the grass.

The formerly green lawn turns an unsightly brown and is easily pulled off the ground. Underneath, countless white grubs emerge. Pecking and burrowing by birds and other animals destroys the turf nest by nest. Mainly affected are home, golf and sports turf.

Nematodes are natural enemies of the garden leaf beetle. The nematode species Heterorhabditis bacteriophora specializes in grubs, among other things, and can use them for its own feeding and reproduction. The nematodes are supplied alive in a powder. For application, they should be mixed with water exactly according to package directions and applied to affected areas from July through September. The beetle can be caught with the garden leaf beetle trap. It is placed on the lawn from mid-May. 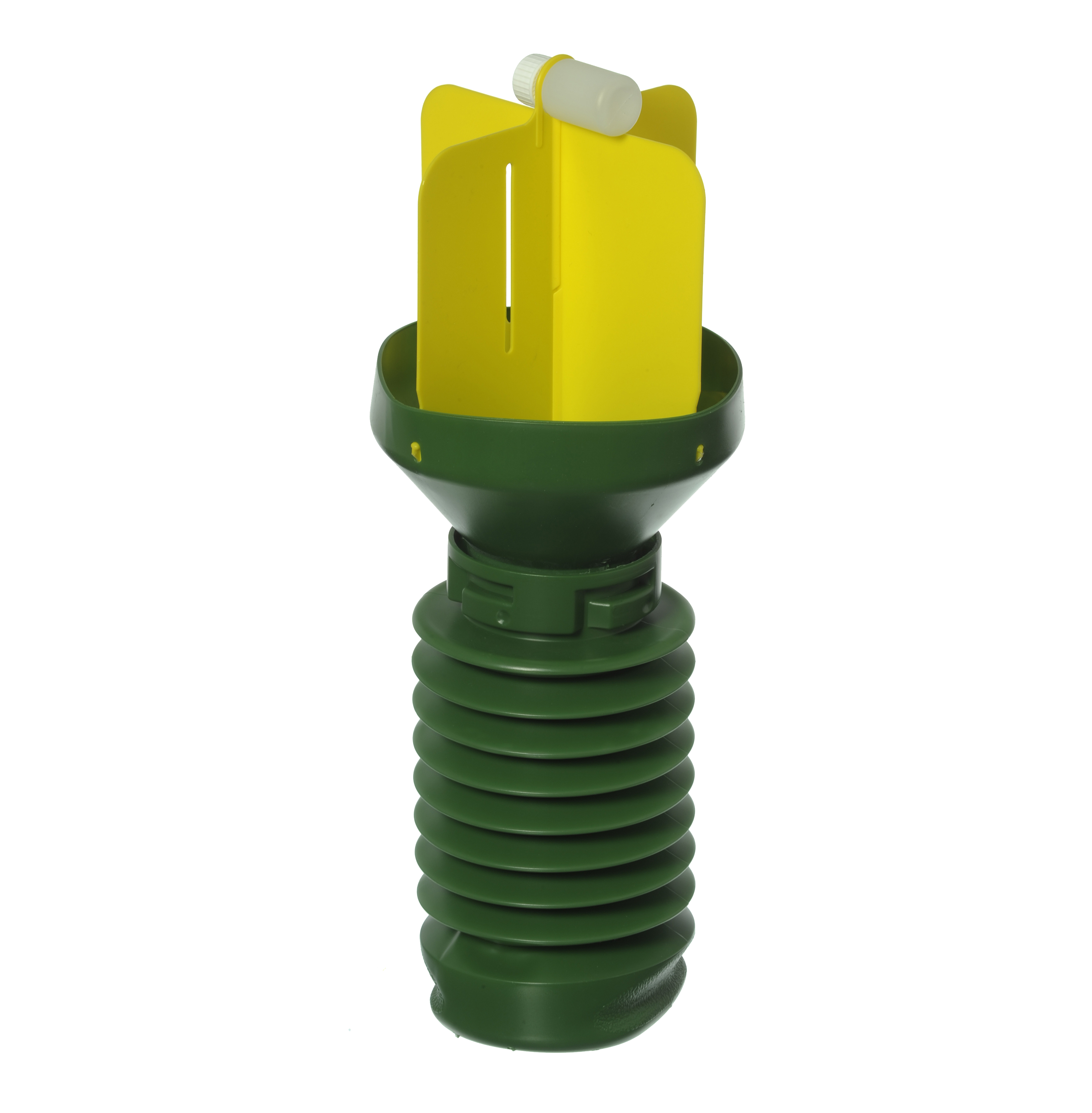